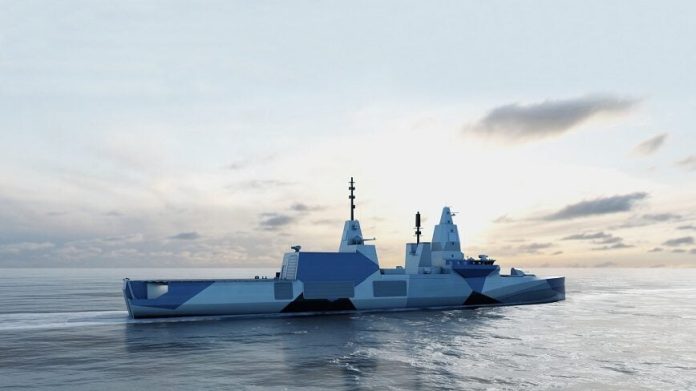 BELFAST — The UK Royal Navy command formally “withdrew” an equipment plan to fund and develop its nascent Type 32 Frigates and Multirole Support Ships (MRSS) judging them to be “unaffordable,” a National Audit Office report has revealed, at least for now.

The decision was made in July 2022, but only made public on Tuesday upon release of the watchdog’s “Defence Equipment Plan 2022-2032” document. The annual report reviews the MoD’s long-term financial planning by examining procurement, infrastructure and operational costs — in some ways similar to the US Government Accountability Office.

The report warns the Royal Navy that the decision to drop Type 32 funding will “result in a revised costing profile… likely to be significantly higher,” than originally planned. That language suggests funding has been postponed and that the program hasn’t been scrapped altogether.

The next generation Type 32 was first mentioned by former Prime Minister Boris Johnson in 2020 and was then described in the UK’s latest defense review as a “new class of surface warship” designed to protect territorial waters and provide persistence when deployed overseas in the next decade.

A concept phase for the program commenced in September 2022 ahead of the MoD set to deliver an outline business case, according to a Oct. 17. parliamentary statement from Alec Shelbrooke, UK minister for defense procurement. The outline business case typically covers approvals for costs, production and delivery schedules, but how that now shakes out in light of funding being postponed is unclear.

BAE Systems has already put forward the Adaptable Strike Frigate concept as it bids to secure a Type 32 production contract. Company literature from the manufacturer notes that the concept includes a “modular system of systems” approach that will enable the frigate to be cost effectively reconfigured for a “wide range of operations.”

Beyond the Type 32 matters, the MRSS funding postponement will potentially force future operations to be more constrained as those ships are in line to support littoral strike campaigns from the early 2030s onward.

Support equipment from the Mine Hunting Capability Block 1 and 2 programs have also been left unfunded by the MoD, although the NAO does not offer any explanation behind the decision.

Similarly, funding for the future Type 83 destroyer, set to replace Type 45 vessels has also not been included in UK equipment plans.

The NAO does point out, however, that because the older destroyers are due to be replaced between 2035 and 2038, funding of a replacement is “unlikely” to be required before 2032.

Regarding land based procurement, funding for 1,016 Boxer vehicles from a full requirement of 1,305 has been approved, alongside 61 of 75 M270 Multiple Launch Rocket Systems (MLRS) and eight out of 10 recovery vehicles.

For the moment, no additional A400M aircraft will be procured after Air Command assessed such an option to be “unaffordable.” The Royal Air Force is to instead focus on improving availability rates of the military transporter.