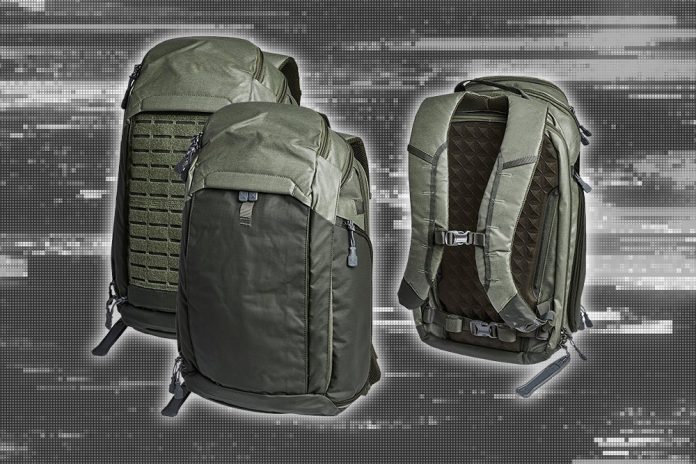 If you’ve ever shopped for a discreet-looking every-day carry backpack, you’ve probably heard someone mention the Vertx Gamut. This series of packs has been around for several years, both in its original Gen 1 version and in the Gen 2 version that came out in 2019. These backpacks have also appeared in many of our Bag Drop gear loadout articles, such as Alexander Crown’s Office Escape Bag and Joe Dawson’s Personal Security Detachment Pack. So, we’re glad to hear that the company has continued to refine this series with the release of the new Vertx Gamut Gen 3. This announcement also mentions 3.0 versions of other EDC bags, such as the smaller Commuter. It’s slightly bigger than the Gamut 2.0, increasing in capacity from 25 liters to 28 liters, but it retains the same core features — a padded laptop/ballistic panel sleeve, a 180-degree-opening main compartment, and a quick-access front flap that conceals a field of MOLLE-compatible webbing. The latter feature is where you’ll find one of the biggest changes. The traditional-style nylon webbing has been replaced with a much larger area of Velcro laser-cut webbing. As always, the slick front flap can be stowed behind the MOLLE panel if you prefer to add external pouches or show off your favorite morale patches. On the opposite side of the pack, the redesigned Rapid Access pull-tab can be relocated or interchanged with other zipper pull styles, depending on which compartment you need to open quickly. The CCW compartment is also half an inch deeper for easier access, and the side pocket water bottle retention has been improved. We’re pleased to see that the slit-style sunglass pocket at the top of the Gamut 2.0 has been replaced with a medium-sized, full-zip pocket that should be great for storing snacks and other loose items.

While the Gamut 2.0 had permanently-stitched pen/knife/flashlight pockets inside the top of its main compartment flap, these have been replaced with plain Velcro material and a detachable Tactigami Double Admin Panel. This makes it easier to re-configure the storage for various sizes of items, such as pistol mags or a med kit. The back of the Vertx Gamut Gen 3 has a new air channel material for improved breathability and airflow to the wearer’s back. It also has the rolling luggage handle pass-through and stowable waist belt from the previous version.

Check out this video for a full walkthrough of the new features:

MSRP for the Gamut 3.0 is $265, and it’s currently available on Vertx’s web site. We hope to get our hands on this new Gamut in the near future, so stay tuned for more of our thoughts once we’ve worn and tested it.

In issue 12, Offgrid Magazine took a hard look at what you should be aware of in the event of a viral outbreak. We’re now offering a free digital copy of the OffGrid Outbreak issue when you subscribe to the OffGrid email newsletter. Sign up and get your free digital copy

Bowhunters Will be Thrilled with APEX’s new Single-Caliper Kingpin

The Air & Space Brief: Air defenses for Ukraine; Rocket in a box; F-35s to Lakenheath