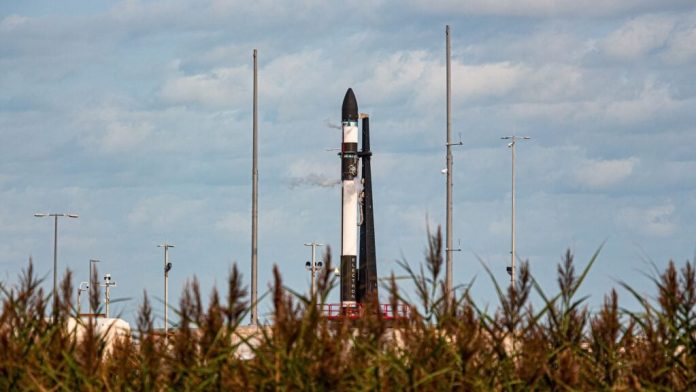 WASHINGTON — Rocket Lab’s first launch from US soil, now planned for Friday from its new Virginia-based complex after years of delay, is squarely aimed at providing the Defense Department with “responsive space” capabilities, according to company and government officials.

“This flight just doesn’t symbolize another launch pad for Rocket Lab. It’s a standing up of a new capability for the nation,” Rocket Lab’s CEO Peter Beck told reporters in a pre-launch briefing Wednesday.

Up to now, Rocket Lab based its launch operations in New Zealand, Beck’s home country and where the company was founded in 2006 — though the firm is now incorporated in the United States with a headquarters in California. Its US launch complex, LC-2, was opened in December 2019 at Mid-Atlantic Regional Spaceport (MARS) within NASA’s Wallops Flight Facility on Virginia’s eastern seaboard. The first US flight, however, was delayed by a NASA certification issue.

Beck said that Rocket Lab had “built this facility to be able to process vehicles quickly,” and that there has been “a lot of interest from government customers to demonstrate that capability” to rapidly turn around launches.

“I view it as a turning point in launch range operations … as Wallops, MARS, and Rocket Lab provide a responsive launch capability for the United States,” he said.

Part of that responsiveness is made possible by a new flight safety system developed by NASA in partnership with the Air Force, the Space Force and the Federal Aviation Administration. Pierce explained that the NASA Autonomous Flight Termination Unit (NAFTU) is integrated into the Pegasus flight termination system, built jointly with Rocket Lab to equip its Electron rocket flying out of Wallops.

Pierce noted that up to now 18 other launch firms have requested the NAFTU software code.

He added that NASA estimates use of the NAFTU software “could reduce launch range costs by as much as 30 percent at our range.”

Friday’s planned Electron launch, given the name “Virginia is for Launch Lovers” as a play on the state’s motto, will loft Hawkeye 360’s sixth cluster of three radio frequency geolocation satellites to low Earth orbit. It represents the first of 15 Hawkeye 360 birds slated to use Electron between 2022 and 2024.

Eventually, Rocket Lab intends to use the US facility to launch its planned Neutron rocket, a bigger reusable design that it hopes to have ready by 2024. In particular, the company sees Neutron as serving the mega-constellation market.