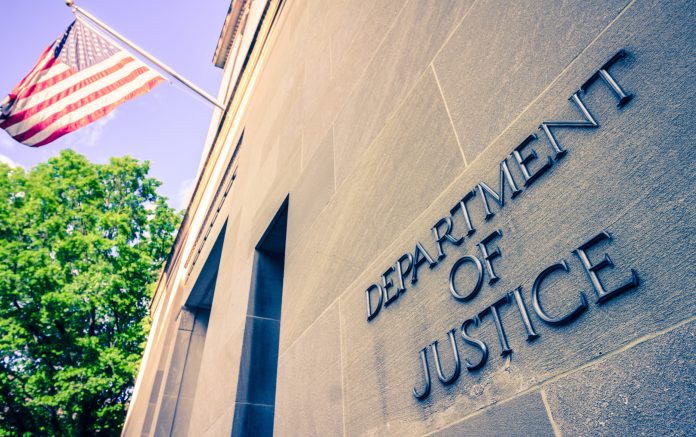 President Joe Biden has worked in tandem with gun control advocacy organizations seeking to disarm law-abiding American citizens and demonize American firearm manufacturers. While this connection between the Biden administration and gun confiscation supporters is well known, the Department of Justice has threatened to undermine that relationship by daring to recognize the indisputable truth that criminals are responsible for the crimes they commit.

At the same time, President Biden’s Justice Department is conveniently ignoring initiatives led by the firearms and ammunition industry that are proven to prevent gun crimes and keep communities safer.

In 2021, U.S. District Court Judge Xavier Rodriguez found the U.S. government 60 percent liable for the 2017 Sutherland Springs attack, during which the perpetrator murdered 26 individuals and wounded 22 more at the First Baptist Church in Texas. In the lawsuit that followed, Holcombe v. USA, Judge Rodriguez stated that the U.S. government was primarily responsible for the incident because the Air Force failed to report to the National Instant Criminals Background Check System (NICS) murderer’s 2012 domestic violence court-martail conviction, his dishonorable discharge and his involuntary commitment to a mental health facility, awarding a $230 million judgment to the plaintiffs.

As a result, between 2012 and 2017, the perpetrator was able to make multiple firearm purchases from firearm retailers.

No one – not even the government – disputes that the Air Force failed to report material information to NICS that would have disqualified the murderer from legally purchasing firearms. In its recent appeal of the 2021 court decision, the DOJ called the attack an “inexpressible tragedy,” adding that it “unequivocally does not seek to excuse” the government’s failure to report the murderer’s criminal and mental health history.

However, the Department’s civil division contends: “Even if the government’s conduct might have contributed to the sequence of events… the man who pulled the trigger that day cannot bear less than half of the responsibility for causing the injuries and pain of the victims and their families.”

For once, the Biden administration correctly recognizes that criminals are responsible for their crimes, even if this admission is under the duress of the looming $230 million settlement the government owes the victims of Sutherland in adherence to the 2022 ruling they are now appealing.

To be sure, attributing blame where blame is due and fixing persistent bureaucratic problems that failed to prevent a violent and mentally ill individual from acquiring a firearm when he should not have been able to are not mutually exclusive. Indeed, the firearm industry has wholeheartedly supported and in fact spearheaded initiatives intended to stop violent individuals from gaining access firearms.

In the wake of the Sutherland Springs tragedy, the NSSF advocated for legislation that made background checks stronger, more comprehensive and increasingly thorough. NSSF’s consistent efforts to strengthen NICS culminated in the Fix NICS Act of 2018, which removed obstacles to the proper submission of mental health and criminal records. Obstacles that would have, and in the case of Sutherland Springs in fact did, impede the system’s proper functioning.

Specifically, the Act created incentive structures for states (to the extent legally possible under federal law) to improve their reporting and compels federal agencies to report material information to NICS that would make gun sales to specific individuals illegal, to close loopholes, and prevent violent individuals from accessing firearms. It is difficult to overstate what a dramatic, positive impact this has had on public safety.

Before Fix NICS legislation passed Congress, a Department of Defense Inspector General report detailed that “31 percent of records were not submitted (to NICS) as required.” Between April 2018 and August 2019, however, a DOJ report on the effectiveness of the Fix NICS Act showed “an increase of over 6 million records in the three national databases searched with every NICS check — a 6.2 percent increase. In addition, there was a 15 percent increase in records in one of those databases, the NICS Indices.”

As gun control advocates push for unrealistic and poorly conceived legislation that targets law-abiding Americans, the success of Fix NICS shows the firearm and ammunition industry is committed to finding Real Solutions® to prevent gun crime by deranged individuals and criminals.

NSSF and its partners in the firearm industry remain committed to protecting the Second Amendment rights of American citizens while working to ensure that dangerous, violent perpetrators can’t purchase firearms – whether through firearm retailers, straw purchases, or any other black market transaction – thanks to the NICS platform and its improvements via Fix NICS. We encourage the Biden administration to develop a more consistent, coherent, and logical approach to gun crimes that reflects the primary truth in the Department of Justice’s arguments: that a robust background check system is operational and that criminals are deemed responsible for their crimes.

What part of the US has the most disasters? County-by-county breakdown.

I had my plans for the week put in slow motion, because of a sprained ankle.