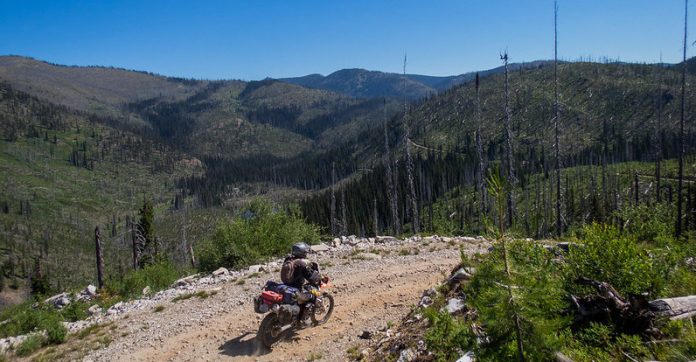 This weekly column features news stories and event announcements from around the American Redoubt region. (Idaho, Montana, eastern Oregon, eastern Washington, and Wyoming.) Much of the region is also more commonly known as The Inland Northwest. We also mention companies of interest to preppers and survivalists that are located in the American Redoubt region. Today, we again mention the remote Magruder Corridor. (See the Idaho section.)

The Corridor: Driving the Only Road in 3.5 Million Acres of Wilderness.

Crews Rescue Dog Stuck After Chasing Squirrel Up Tree: ‘Definitely Not a Cat’.

Idaho School Board Shuts Down Parents Over Transgender Policy.  This article begins:

“Parents seeking to share their concerns over a proposed school policy on “Gender Identity and Sexual Orientation,” which would allow biological boys to use girls’ restrooms and locker rooms, were shut down during a recent school district meeting in Caldwell, Idaho.

Retired Marine and newly elected Idaho State Senator Chris Trakel (R), whose children attend school in the district, spoke during the comment period at the Caldwell School District’s Board of Education meeting last Tuesday. He told the school board that they should scrap the proposed policy, warning that the district risks a lawsuit if a young girl feels uncomfortable by the presence of a transgender “female” in the bathroom.”

Great Falls man arrested in connection with US Capitol breach. JWR’s Comments:  Note the extensive use of “boilerplate” statist narrative paragraphs in this article, starting just below the photo of Nancy Pelosi.   Whoever inserted these paragraphs was so clumsy that they left a reduced font size in place, when they made the insertion of these “official party line” paragraphs. Even a child could see that there is an official narrative being pushed in those paragraphs. The Ministry of Truth that George Orwell warned us about is now operating in full force.  In text and on camera, these carefully scripted statist-leftist narratives are shouted at us, over and over, all across the country.

‘Hopefully we’ll be able to grow’: Montana Made custom leather business in Roscoe searching to expand.

Wallowa County Clerk announces Greater Idaho is on the ballot.  An excerpt:

“An initiative to split from Oregon and be absorbed into Idaho will appear on the May 2023 ballot for Wallowa County residents after meeting the required number of signatures.

The Greater Idaho Movement aims to 15 Conservative-leaning rural counties in eastern Oregon and add them to Idaho by moving the common state line. The movement hopes to further shift border lines to encompass southeastern Washington and northern California as well.”

Boise Cascade to lay off employees at the Elgin Plywood facility in February.

Eastern Oregon: A Collage of Cultures

Live in Tri-Cities? Here’s how many wind turbines you might soon see from your house.

Semi driver says he was avoiding cat before crashing near Colfax.