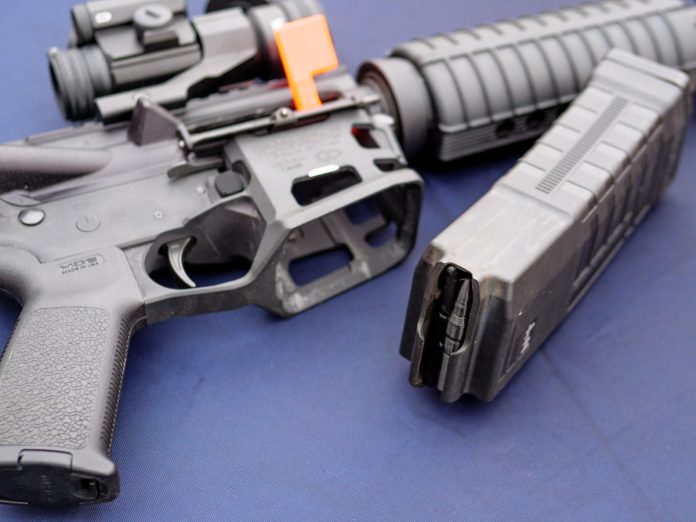 This new lower receiver takes 53-round magazines and allows you to carry seven magazines worth of ammo in just four magazines.

Desert Tech says this saves 8% weight and each 53-round mag is shorter than a normal 30-round magazine.

Showcasing the versatility of the AR-15 platform, the Quattro-15 lower receiver is compatible with any standard 5.56 upper receiver.

It maintains an ambidextrous bolt catch and magazine release – though not standard – and it still takes drop-in trigger upgrades. You could upgrade to an ambidextrous safety.

Rather than using a double stack layout inside the mags, it has a quad stack — hence the name.

What’s more, it is also compatible with standard AR-15 magazines with an adapter. And it does all this with an insignificant increase in weight.

Desert Tech’s Quattro-15 lower receiver will be available later this spring for $249 and that price includes one Quadmag-53 magazine. Additional mags are $49 each.