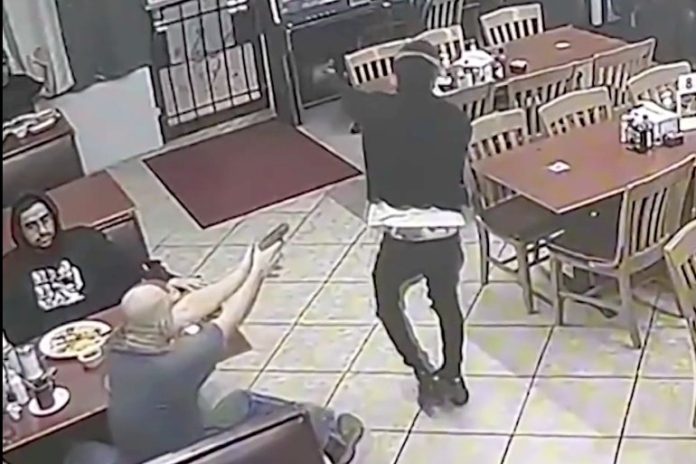 When an alleged armed robber barged into Ranchito #4 Taqueria on Jan. 4, almost every customer froze with fear. But one good Samaritan, an unnamed 46-year-old man, quickly jumped into action to protect himself and his fellow patrons. He used a concealed gun to shoot the alleged perpetrator and returned the stolen cash to the terrified patrons, only later to discover that the firearm the alleged robber used was a fake.

Despite the customer’s heroic actions, he has received nothing but condemnation from corporate media after the alleged thief was declared dead on the scene. Unfortunately, this media treatment is nothing new. Over the past few years, only a few good Samaritans have received any press despite the overwhelming number of these brave individuals jumping into action.

In December, for example, a man stopped an active shooter at an Amazon warehouse parking lot in the Phoenix, Arizona area. The police called the man a “good Samaritan” and credit him with likely preventing further bloodshed. In another case later that month, an active shooter at a Tucson, Arizona bar threatened many people but was “stopped short by a heroic customer with a gun.”

You may not hear about many of these stories outside of local media accounts, but they occur all the time. There are dozens of cases in recent years in which concealed handgun permitholders stopped what, according to police, would have otherwise become mass public shootings. …

My organization, the Crime Prevention Research Center, has found a total of 360 active-shooter incidents from 2014 to 2021. Of these, an armed citizen stopped 124 (more than one-third). We are more confident of the completeness of our data in the most recent years, and 49 percent of active shooting cases in 2021 were stopped by armed civilians. When we exclude shootings in gun-free zones, the figure rises to 58 percent.

People can’t escape the political bias in television entertainment. The message from these shows is clear: Don’t use guns for protection. If you do, it will cause much more harm than benefit. It is bad enough that news programs provide just one side of this debate. But the bias has a real effect on the gun control debate and prevents Americans from doing what keeps them safe.

How To Make Homemade Herbal Shampoos