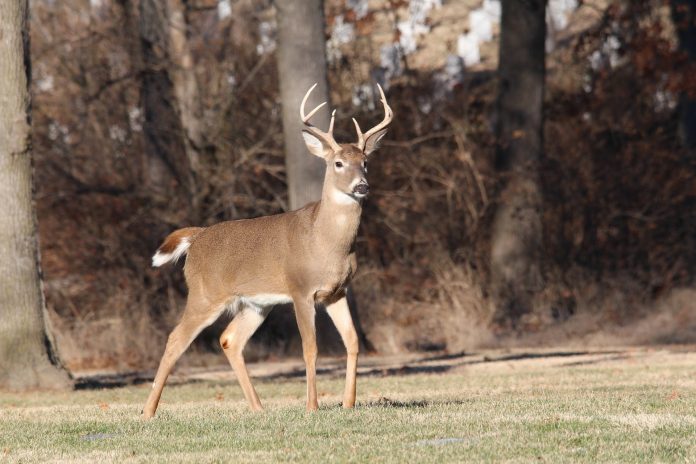 “Every year I have another city that comes on board [with the sharpshooting program],” Geoff Westerfield, Ohio Department of Natural Resources assistant wildlife management supervisor, told Cleveland.com. “I call it targeted deer removal. Sharpshooting sometimes comes with a negative connotation.”

Regardless of the label, resistance to using sharpshooters has faded in the county over the last decade. The program has reduced problems caused by urban deer such as yard damage and vehicle collisions.

Each participating city in Cuyahoga County is permitted through the Ohio DNR to recruit sharpshooters for the program. Meanwhile, none of the participating municipalities allow recreational hunting with a firearm, though some do allow bowhunting. The county’s concurrent efforts to cull the herd by using birth control have so far proved costly and ineffective.

“Immunocontraception did result in decreased pregnancies,” stated Cleveland Metroparks. “However, the free-ranging nature of the deer herd in the region where both immigration and emigration take place make it difficult and cost prohibitive to deliver the contraceptive to a large number of deer.”

Still, one city, South Euclid, is using a combination of sharpshooting and birth control as part of a two-year study. There, lethal culling started in November and so far led to the removal of nearly 100 deer, which is the annual target. Sterilization hasn’t started yet, but last year, authorities surgically removed the ovaries from 60 does. The deer were then returned to the locations where they were captured.

Read Next: Population Explosion of Canadian “Super Pigs” Could Spread Into the Northern U.S.